Saying Bye to a Friend

I’m back in Accra for the third time this week, didn’t think I’d say that, but here I am. My friend BJ is leaving and there is no way I’m going to miss him before he goes. Coincidentally, the meds the doc has me taking is having a curious effect on my kidneys; they've been tingling a bit since I started taking the medication. Knowing this isn’t right, I’m also going to see the PCMO. I’m starting not to enjoy coming to Accra though; it’s getting expensive, I’ve seen enough for now, and the rides to and from my site are dangerous. After today, I’m going to stop coming to Accra for a while, I think.

On the last trip, I made the mistake of not taking the front seat on the tro going back to my site, and had to endure 5 hours of sitting in a fetal position in the back since the floor started where my knees were supposed to be. I didn’t know at the time that the floor was like that, but didn’t want to sit in the front where I can fly out the window if we hit something. This is where my reluctance to come to Accra stemmed from. The good news is the people in Kade, the town I do a stop-over in before going to my site, have stopped calling me Obruni and started calling me Kwazi Boateng (or as some people call me, Boat), my Ghana given name.

Briefly, Obruni (emphasis on the “o” to give a mocking effect) is the equivalent of saying “white man” to someone. Obruni kokou, or “white man with red skin”, is commonly heard from screaming buoyant children or the occasional adult. I usually have a comeback; in fact my students just the other day told me I should say womboadee- “you’re not being respectful”. I used to say Obibini! (African!) or just browbeat the person.

When my tro pulled up to my site, the caretaker and his family were on lawn chairs near the collapsed bridge that marks the beginning of my property. The power was out, and since it was around 9 PM, the only light came from their flashlights. Monstrous sacks of cucumbers were on the ground, and they explained that they were taking them to Accra the next day when the bus comes at 2AM. They offered me a cucumber, which in fact was delicious when I cut it up, chilled it, and had it with olive oil and garlic. We talked for a while, and then the lights came on, which was my cue to get inside and get some much needed rest.

The next day was a challenge; since I missed Monday, Tuesday, and Thursday classes, I used Friday to do some serious catching up. Based on the fact that Mr. Mhm does not show up to most of his classes, I step in for him and teach math, science, or ICT. Students spent the latter part of the day weeding and playing football; I think the teachers were getting bored and eschewed teaching the last 4 periods. The other teacher and I followed the students out to the field, where they spent a good 45 minutes just weeding, and to the students’ surprise I joined them. I’ve gone to farm with my neighbor before, and he showed me how to properly use a cutlass (machete), so I was able to impress them with my mad cutlass skills. I enjoy it, in increments of 5 minute chopping, 5 minute resting. One girl got caned really badly for fooling around, and I glared at Mr. Mhm for hitting the girl so hard across the knees.

Before leaving for school on Friday, Mr. Appiah, the brother of the owner of my house, had some news for me- his brother will be in town this weekend for a funeral in Otumi. Keeping in mind that Chihiro, the JICA volunteer near my site, is supposed to meet me for lunch at my place on Sunday, this kind of throws a wrench in my plans. At the same time, I’m incredibly grateful to the man for letting me stay in his huge house for free. I’m trying to think of how to balance my time between the two.

I’m starting to teach my students how to make cryptograms, which worked out well with my host sister during training, in exchange for learning Twi. So far, I’ve got a few that are pretty good at it. Acryptogram looks like this: YGKSHN GWH KSV PK NHGNSK, ZHV P KHHE SKH VS AWHNHKV VS UTPTPWS VSYSWWSI- good luck to anyone who wants to decode it.

On the ride to Accra today, I noticed an unusual number of winged, ant-like insects all over the bus. I phlegmatically watched as they used my arms, neck, and head as a landing strip. The trip was violently bumpy, like usual, and I unfortunately chose the seat under the speaker blasting gospel music throughout the trip. One woman was reading a newspaper with a featured article on the front cover titled “Woman Turns into Cobra”. The woman gave me a disdainful look when she saw the smile on my face looking at her article. Just the other day I got in trouble when I was making faces at someone’s baby. It’s hard being on your best behavior when crammed into vehicles.

One final note: Flipping through my Form 1 ICT Computer book while planning lessons, I came across this picture of a Microsoft Word box in the Word Processing unit; I noticed that whoever made the book grabbed the wrong picture to display what a Microsoft Word box looks like. The one they have is a parody of the original box, with famous rappers on the front in lieu of plain white. I posted a picture of it below, making most of this paragraph redundant.

That’s it for now. I’ve got to run and eat lunch with my buddies. Next week I’ll go into a situation I have with the teachers in my town, and how I think they don’t like me very much. All else is fine, though.

Music to complement this entry: 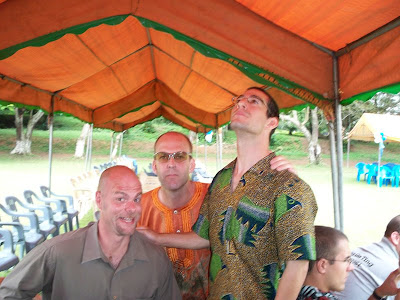 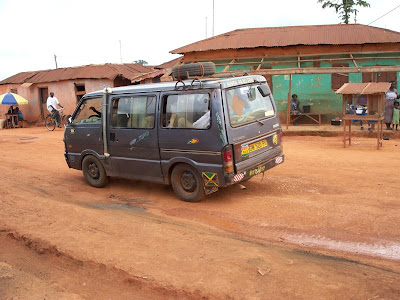 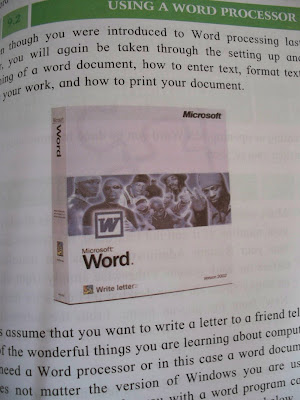 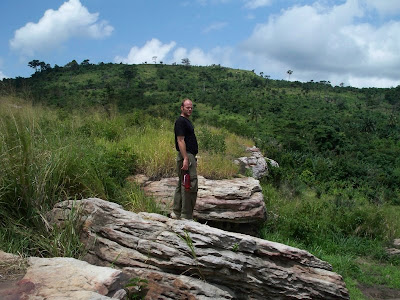 Posted by HotAndBothered at 4:02 AM

HotAndBothered
I am currently teaching Middle School Math, Science and Computers in Ghana. Previous to this I got my Masters in Science Education, lived in Japan for two years and got my BS in the Social Sciences at Florida State. I have a cat named Max and am smaller than most of my middle school students.